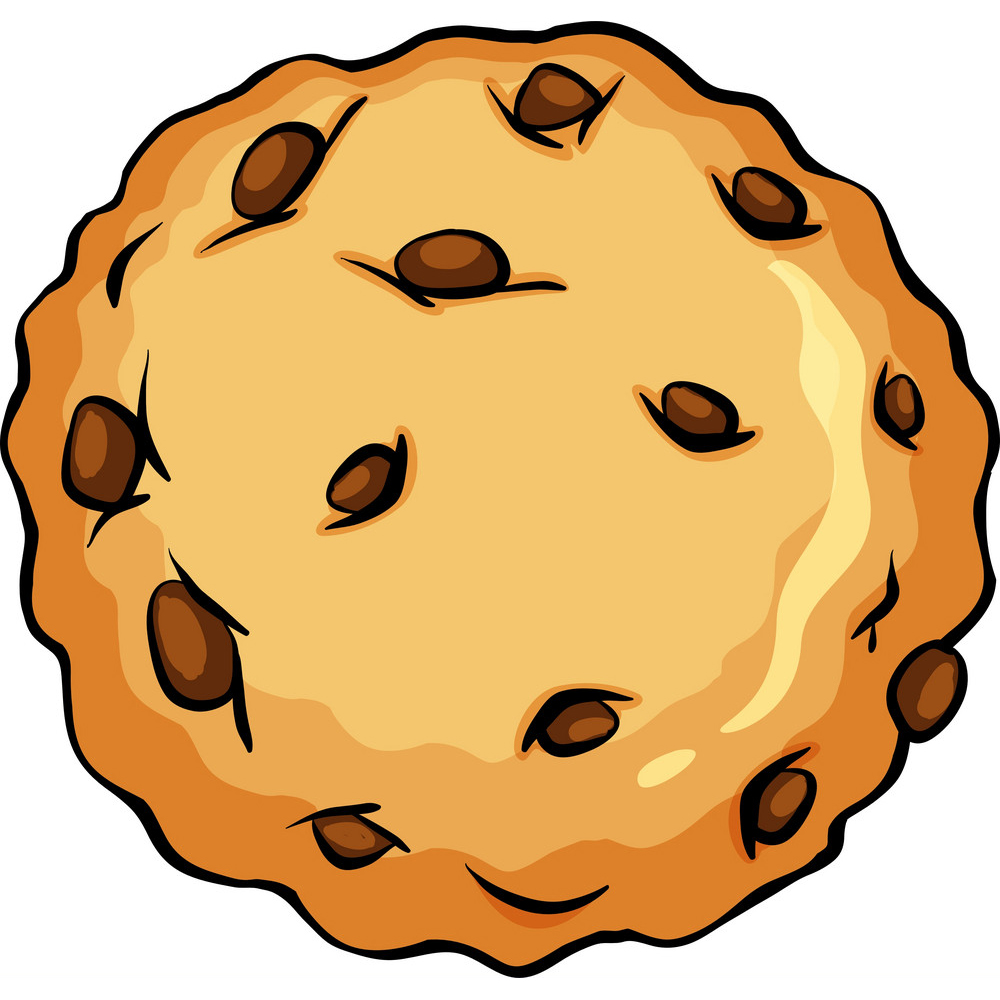 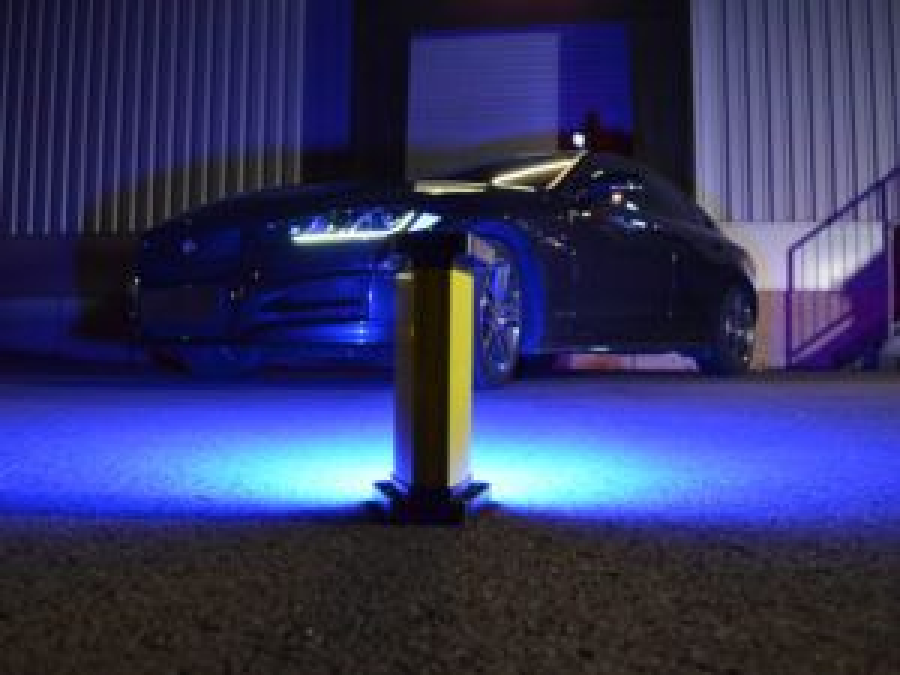 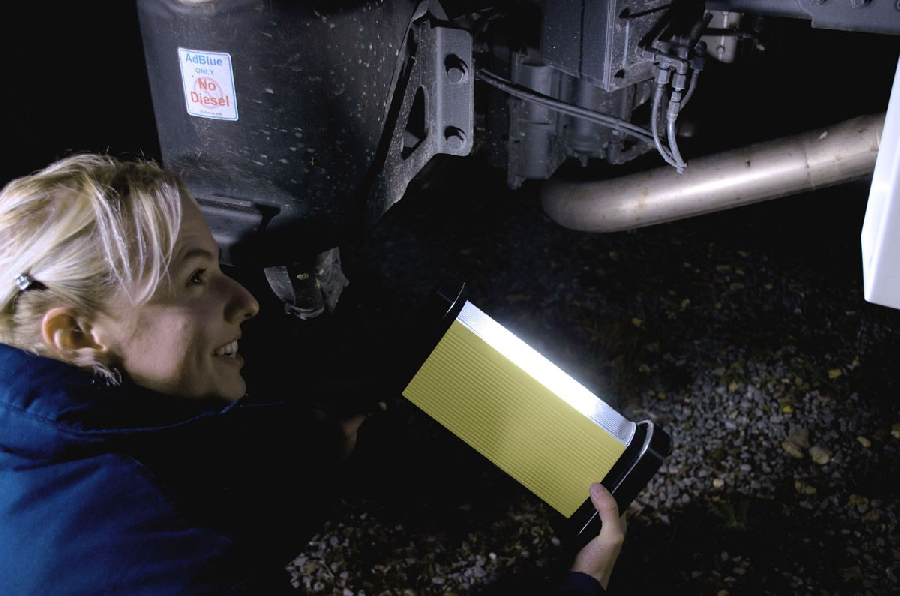 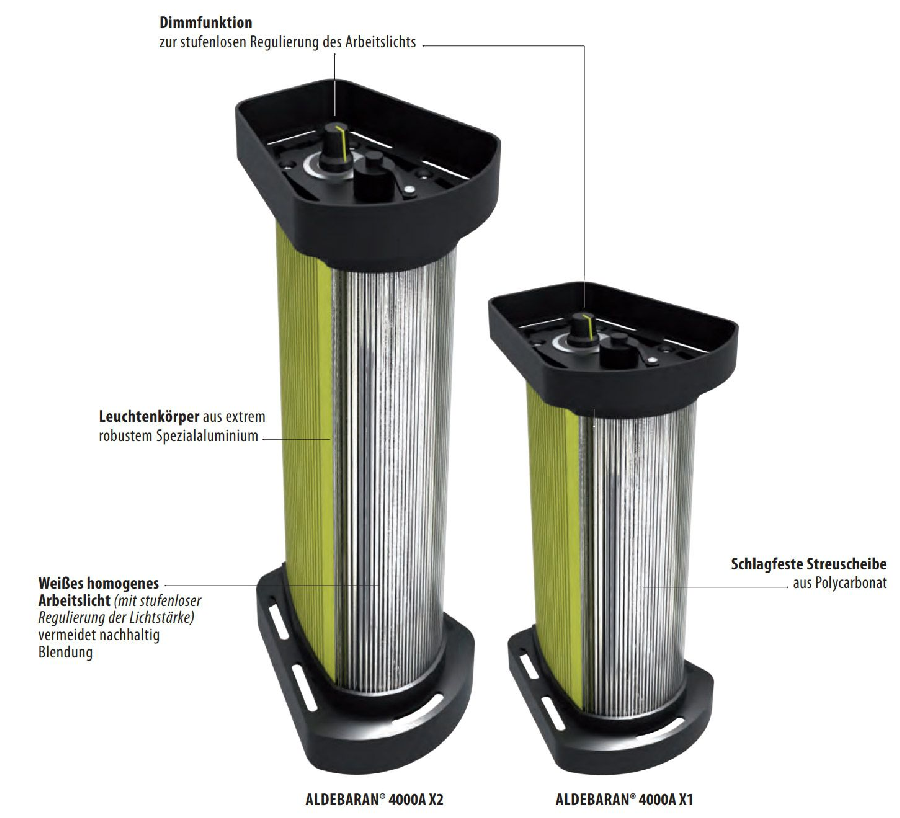 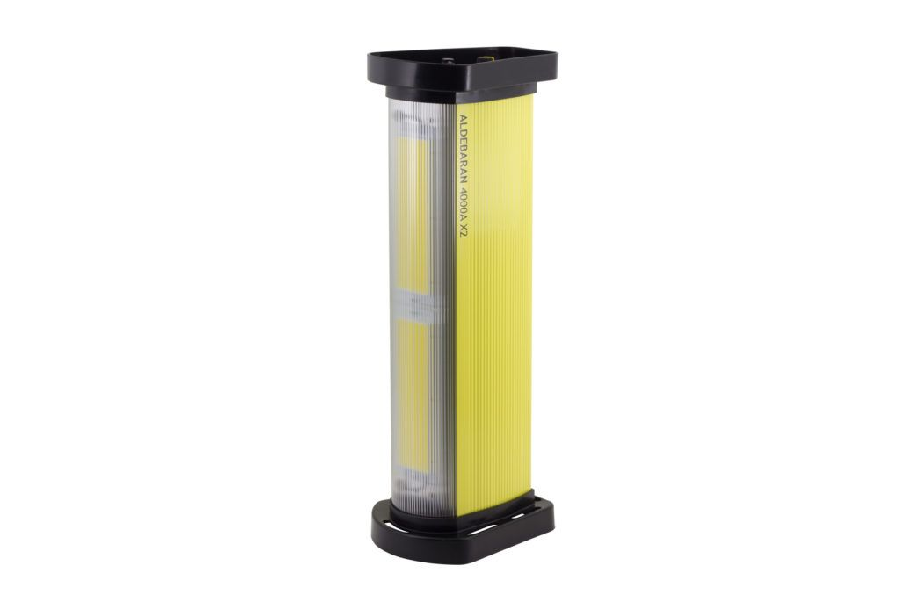 Wireless, high-performance and glare. In addition, and simple robust in operation. These are the genes of the 4000A SERIES.
These genes were sharpened again with the new lighting of the 4000A X SERIES. While the light output by the use of high-efficiency special LED panel arrays to more than 70% * compared
could be increased to the previous series, the antiglare property was maintained at the same time. While in this class let so many lights from other manufacturers see later bright 'points', our special anti-glare LEDs allow a perfectly uniform illumination and safe vision - at any time. Because good light means safety.
the 4000A X concept is rounded off by various battery capacities, which enable you to customize your light according to your needs to individual maturity requirements. The Low Battery Message
System (LBMS) shows you in good time when the battery capacity has reached a low level and should be recharged if necessary. To never stand unexpectedly in the dark.
If during long periods of use, especially outdoors, the battery still exhausted fully once, so it allows you to built-in 'Take Me Home' function of the 4000A X lights, they play
tricky to find in the dark. For this, the light indicates their location through an integrated, automated red light flashing function.

Extremely rugged:
Extremely robust, as luminaire body made of aircraft aluminum
• Impact-resistant lens away from Polycarbona
• Anti-slip rubberized controls that can be easily operated even when wearing gloves
• High-quality lithium-ion technology provides stable performance through in all temperature ranges